An article I wrote for OpenDemocracy on the similarities between the two Ba’thist regimes and what can be learnt from Iraq to avoid the same mistakes in Syria. 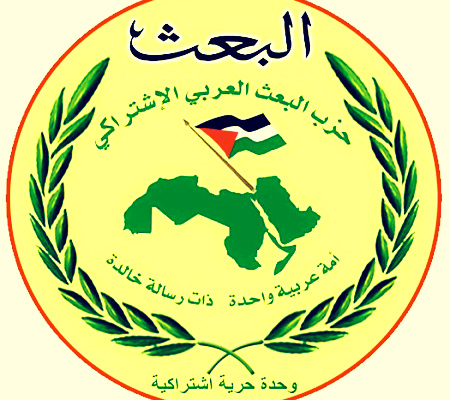 The similarities are stark: a Baathist regime in power for decades, a ruling religious minority accused by some of fuelling sectarian resentment and praised by others for maintaining a secular identity, the emergence of Sunni-Shi’a strife

Twenty months after the beginning of the Syrian revolution, the daily massacre is a development which is reminiscent of Iraq: where almost ten years of conflict continued far removed from the media attention of the world.

The similarities are stark: a Baathist regime in power for decades, a ruling religious minority accused by some of fuelling sectarian resentment and praised by others for maintaining a secular identity, the emergence of Sunni-Shi’a strife, the proposal of dividing the country along sectarian lines to halt violence and the problems of post-conflict reconciliation if the regime is overthrown.

On the other hand, there are many differences in the way the Government has been challenged by the opposition and the outcome of this: Saddam was quickly overthrown by foreign military intervention; Bashar al-Assad is still resisting a popular uprising. But whatever the dissimilarities, there are lessons to be learnt from Iraq, particularly regarding the risks pending on any future transitional phase.

In both Syria and Iraq, under weakened state control, the emergence of violent sectarian clashes has led some to believe that Baathist secularism was a valid antidote: “No one knew your sect under Saddam, there was no discrimination and I witnessed the same in Syria under Assad” states firmly Emmanuel*, a 25-year old Chaldean Christian from Baghdad, who had to flee first his country and then Syria in 2011. Norwegian historian of Iraq, Reidar Visser, disagrees. Beyond the Syrian and Iraqi official “non-sectarian, nationalist stance, […] the recruitment patterns to the truly important positions […] follow very clear sectarian and/or tribal lines”, he points out. In the Syrian case, this is evident in the choice of intelligence chiefs. Even supposing that sectarianism was absent from Baathist societies, it emerged in the tense relations between civilians and the security apparatus.

“The problem in the relations between Syrian sects is tied to the relations between security and citizens: the majority of security forces are Alawis, while the majority of citizens are Sunnis,” explains Omar al-Karosh, a Sunni journalist in his thirties from Fallujah (Anbar), who moved first to Damascus and then to Northern Lebanon’s Tripoli, because he faced so many problems as an Iraqi Sunni with the Alawi-dominated Syrian intelligence. Members of the religious majority are likely to blame the sectarian features of the minority-controlled establishment. But in the end, leftist Baathist ideology has always been an appealing option for minorities unable to achieve power through Islamic political doctrines. “In Iraq, Shi’as were prevented from reaching high military ranks, just like Sunnis in Syria,” affirms Mohammad*, a 27-year-old graphic designer from a family of the southern province of Maysan, whose surname is well known in Iraqi Shi’a politics. Mohammad had to leave Damascus to avoid being targeted by the most radical groups of the Sunni opposition. Even if they belong to different sects, Mohammad and Omar have both had to flee, just to avoid taking sides.

Saddam and Bashar al-Assad have deployed a similar “rhetoric of fear” in the way they portray the opposition and gather support from minorities. “In Syria, the regime convinced minorities that they needed it to counter a Salafi uprising,” argues Mohammad, “in Iraq, Saddam depicted the Shi’as as Iranians, warning the Sunnis about their plan to turn the country into another Iran.”

After Saddam’s overthrow, despite all the effort, Iraq has failed to achieve a real reconciliation between Baathists and the new establishment. Syria will have to undergo a similar phase and avoid turning it into an arena of “private” purges. According to Visser, “The first problem of de-Baathification in Iraq related to the US Coalition Provisional Authority (CPA) period and the interim governments between 2003 and 2005, and it consisted of the all-out attack on members of the Baath.” At that time, many called for national unity instead of pushing Arab Sunnis into the ranks of the resistance and this, together with the need to rely on experienced Government officials, was among the reasons for reversing into re-Baathification in the following years. But the damage had been done. “Any process of de-Baathification should focus on accountability for individual crimes,” suggests Visser: “Membership of the Baath party should not in itself constitute a basis for prosecution.”

In Iraq, nevertheless, the political rehabilitation of certain Baathist officers didn’t mean they severed ties with the resistance to the US occupation. The difference is that a legitimate Syrian Government elected after a popular uprising is likely to face less resistance than a cabinet shaped by Washington. As the Syrian situation reaches a bloody stalemate, some Iraqis argue in favour of a military intervention, despite their experience. “A foreign intervention should follow the Libyan pattern, not the Iraqi one, that was an occupation,” affirms Omar from Anbar, “I think both the UN and the west learned from their mistakes.”

Those who have already lost hope in a Syrian reconciliation foresee a fragmentation along sectarian lines to halt hostilities. In particular, Alawis are rumoured to be preparing for the establishment of an independent state to avoid living under a Sunni Islamist ruler. However, as Visser points out, “During the years of Baathist power in Syria, Alawites have been spread throughout the country: that demographic fact is in itself a powerful argument against partition.”

After the fall of Saddam, Iraqi Arabs got used to federalist and separatist proposals coming from all sects, but they consider them part of a foreign plot to weaken their social fabric. “Federalism and division are part of the New Middle East project conceived under Condoleeza Rice,” claims Omar from Anbar, “the Kurds, Southern Sudan, Southern Yemen…It’s all part of the same plan to weaken Arab societies.”

After the US invasion, Iraq was turned into an open lab for painful experiments. Until now, it hasn’t fully recovered from the laceration of its social fabric. The result is a country dominated by sectarian parties and separatist trends backed by foreign actors. The Syrian conflict has the promising features of an uprising, but it shares with Iraq a long authoritarian history and a population composed of numerous sects. Despite good intentions, Syrians will face a challenge keeping control of its destiny to avoid the Iraqi fate.

EASA Anthropology of Humanitarianism Network
Southern Responses to Displacement
Bakhtiari Women's Lamentations
what is it like to be a foreigner in academia?
Diario di Siria