Since 2011, international humanitarian agencies have addressed Syrian displacement in the countries neighbouring war-affected Syria. Many of these programmes aim to put in place strategies to enhance the economic self-sufficiency and enfranchisement of refugees in the labour markets of the receiving societies.

Indeed, since the late 1990s, the global refugee regime has shifted from a ‘care and maintenance’ approach to refugee support towards ‘self-reliance’ and ‘resilient livelihoods’ in humanitarian programming. This approach focuses on urban environments where refugees are expected to provide for themselves, even when locals are economically vulnerable and often unable to achieve self-sufficiency.

Despite these expectations, few livelihood programmes designed by international humanitarian agencies acknowledge or build on pre-existing networks of mutual support and assistance woven by refugees and local residents. A better understanding of these networks offers a means to rethink the presumed individual nature of livelihoods in exile.

A study I conducted of car-sharing practices in Halba, capital of Akkar Governorate in northern Lebanon, reveals that these networks were often overlooked because of flawed understandings among humanitarian actors of how social groups live, cope, and thrive in crisis-stricken settings. As a result, refugees are often thought of and addressed as newcomers who barely know the host culture and economy. However, Syrian refugees migrating to Lebanon following the large-scale conflict were primarily neighbours or previous seasonal migrants doing menial labour – and even historical subjects of the same country until 1920. 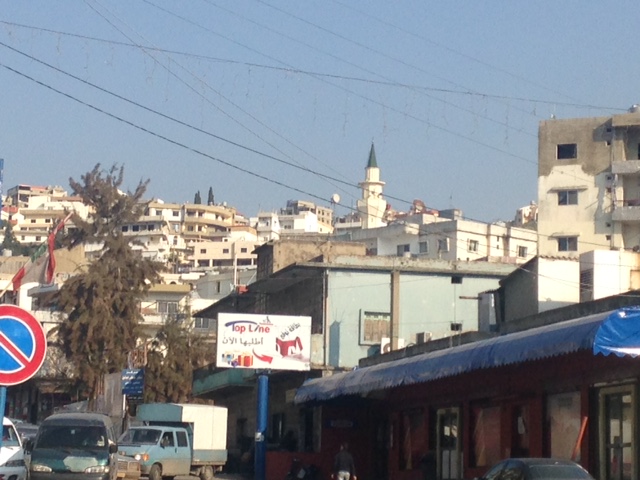 In Lebanon, refugees (laji’un) are not officially recognized as such but only as displaced people (nazihun), since the country is not a signatory to the 1950 Geneva Refugee Convention and its protocols. Therefore, the search for and management of resources are generally more difficult for refugees in the region, particulary given that they generally have weaker support networks to draw on than the locals. Nonetheless, Syrian refugees and poor Lebanese citizens face the same costs of living, and many of the poorest locals receive virtually the same salary.

Car-sharing and collective tactics of survival

This research shows how long-standing networks of support and assistance point to a local economy of self-reliance strategies that are disentangled from national identity categories, and instead encompass both host and refugee communities. My findings on the everyday practice of car-sharing in a hamlet demonstrate that refugees build their own sustainability by developing networks with those worse-off local families who are unable to afford the purchase and maintenance of private cars. Private cars are an asset in Akkar because public transport in the region is insufficient and expensive with respect to the local purchasing power.

Wa’el, a Syrian refugee living in the small village of western Akkar, shares the cost of car maintenance and fuel with his Lebanese neigbour who, in turn, inherited the old car from his father. Likewise, two Syrian refugee families and a Lebanese family living in Halba chipped in to purchase a car. Many informal tented settlements where refugees live, moreover, are located far away from the main road where people can access pubic transport.

Owning a car provides both refugees and locals with more job opportunities as they thereby can accept jobs in other villages or even opt for jobs which imply some physical mobility (e.g. drivers and delivery services). Furthermore, owning a car enables people in Akkar to sustain their livelihoods more independently, as they can access cheaper shops and markets, which are not necessarily located in their neighbourhood or village. In this way, refugees play a proactive role in sharing their economic lives to mutual benefit.

However, in Lebanon, international livelihood programmes, implemented by international NGOs and United Nations agencies, tend not to capitalize on pre-existing multi-scale mechanisms of self-reliance, implementing instead standardized parallel strategies aimed at enhancing local and refugee livelihoods. By doing so, humanitarian agencies treat different demographic groups as though they were different national groups that need to be reconciled, while disregarding their similarities and shared history.

The economic life of refugees should not be regarded as an outcome only able to be stimulated by external humanitarian actors, but instead as a set of practices that are generated by multilateral intergroup relationships. In Lebanon and elsewhere, international humanitarian programmes devote insufficient attention and resources to supporting such local arrangements, and instead implement programmes on the basis of individual skills and ability to cope. These limitations contribute to the stymied success of livelihood programmes, which should not be attributed solely to the structural constraints of the economic market in operation in North Lebanon.

Socio-economic practices like car-sharing are collective by definition, and therefore confront the humanitarian tendency of thinking labour skills as merely individual. Examining coping strategies and their historical development could enable the effective assessment of real-world social ‘memberships’ and their primary needs.

My study challenges the humanitarian construction of stereotypical and inaccurate identities in their designs for beneficiaries. Humanitarian assistance regimes based on demographic and other largely arbitrary identity categories to determine the eligibility of refugees only encourages claimants to misrepresent themselves in order to qualify for basic necessities and even rights. I highlight the importance of moving beyond rigid conceptualizations of the refugee–host binary. Instead, this research develops a deeper, practice-based understanding of how social identities interrelate through shared practices – an approach that focuses on what people actually do rather than misleading characterizations based on national identities.