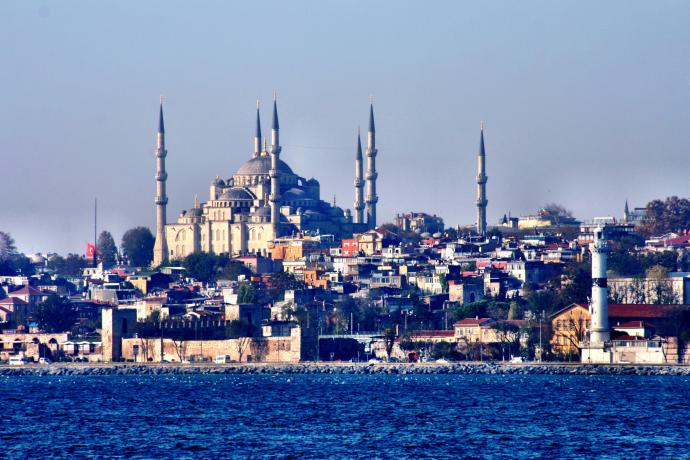 Call for Papers for the panel—“Protecting People or Protecting Orders? Displacement in the Middle East and North Africa (MENA) Region” to take place at the sixth Istanbul Human Security Conference, The Human Security Implications of the Refugee Crisis: Evaluating Current Policies and Discussing Potential Solutions, 19-20-21 October 2016. This panel will be under the “Responses to Refugee Crises in the World” conference theme.

Please send 200 word (max) abstracts to Estella Carpi at estella.carpi@gmail.com no later than Friday, May 27. Authors of accepted papers will be notified Monday, May 30 for final panel submission June 1.

Panel proposal for: “Responses to Refugee Crises in the World”

From domestic affairs to international politics, “human security” has been associated with a reframing of political discourse in which the “human” rather than the “state” has become the fundamental objective of political action. In emergency contexts, this has resulted in increasing humanitarian efforts to provide personal, political, economic, community, environmental, health, and food security to distressed communities.

Characterized by protracted conflicts, a precarious economy and endemic political instability, the MENA is a region where humanitarian and political action in service of “human security” continues to be urgent. However, in the long shadow cast by the defining experience of the Palestinian refugee displacements, international actors are increasingly framing the transnational mobilities of Sudanese, Somalis, Iraqis, Libyans, and Syrians as an instantiation of the global threat posed by open borders.

This panel asks how humanitarian practices deployed on the ground with the explicit aim of guaranteeing “human security” contribute instead to maintaining the Middle East geopolitical order. The selected papers will critically interrogate how the discourse of “human security”—rather than shifting political priorities from states to people—re-inscribes state power and interests, successfully vesting geopolitics with the moral aura of a people-centered approach, even as it displaces millions from their homes.