Kurdish to be taught in Syria

The Syrian regime has offered another carrot to the Kurdish minority: the Kurdish language as a university course…

(In the photo: a recently opened center for the learning of Kurmanji in Amuda) 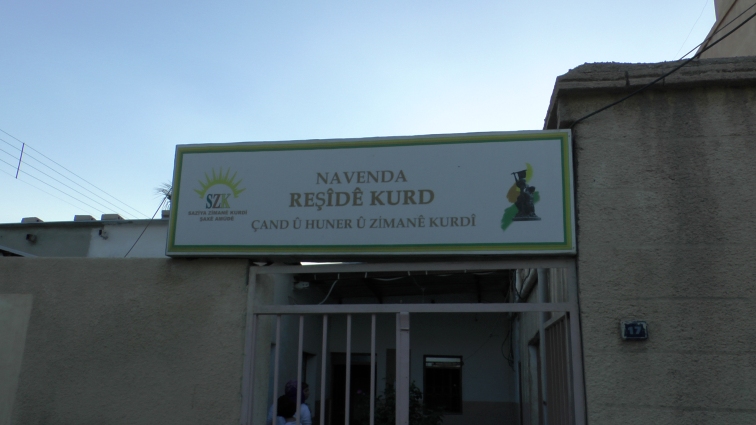 The Kurdish regions of Syria are increasingly isolated from the rest of the war-ravaged country. While the regime keeps shelling strongholds of the mostly Arab rebels, it allowed the Kurds to form a transitional autonomous administration in November 2013. After more than 50 years of Baathist discrimination, the Kurds achieved what was completely inconceivable a year ago: the introduction of their language in state-run universities, announced Dec. 18. In November 2012, the Ministry of Education had ordered the temporary closure of all schools where the Kurdish language had been introduced upon an initiative of the Kurdish parties in the northeastern province of Hasakah.

Kurdish instruction in Syria is still an imperfect practice, limited to universities and using the Arabic alphabet, while Syrian Kurds use Latin letters. It is also widely perceived as a tactical move to win the support of the Kurds and the international community ahead of the Geneva II conference. Nonetheless, this academic reform is a positive indication of the capability of the Kurds to reverse the hostility of the regime toward their cultural and political demands. Kurdish nationalist aspirations have been omnipresent throughout the uprising, and the Kurdish public has largely come to accept an entente with the government for the sake of Kurdish interests.

EASA Anthropology of Humanitarianism Network
Southern Responses to Displacement
Bakhtiari Women's Lamentations
what is it like to be a foreigner in academia?
Diario di Siria